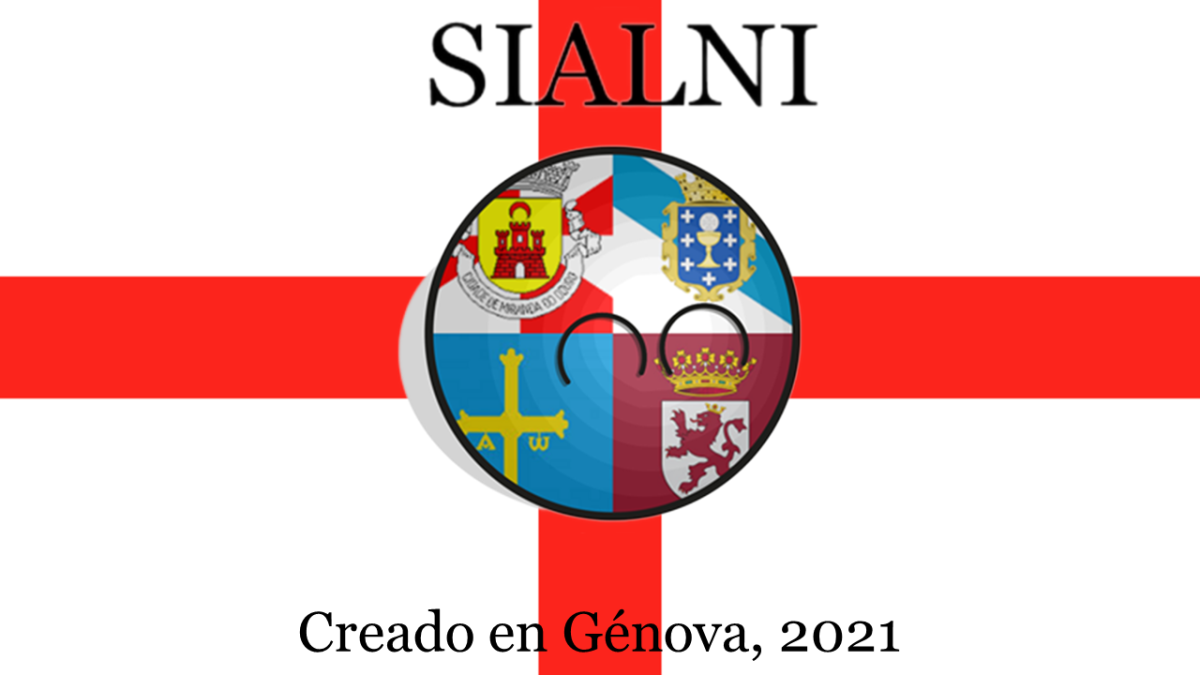 SIALNI is my first scalable project. Acronym of Simposios Internacionales Aspectos Lingüísticos del Noroeste Ibérico, it is a contact-and-event network for the study and promotion of the minority languages spoken in the northwest of the Iberian Peninsula.

The idea for SIALNI dates back to my trip to Galicia, Asturias, and the north of Portugal, in October 2019. Back then, I was working as a postdoctoral researcher in English at the University of Genoa. It was at that time that I decided to improve my knowledge of the languages ​​of spoken in this corner of Europe. At the same time, I decided to create a small community of colleagues and – why not? – friends who share an interest in the study of these languages ​​and can help each other.

A thematic session on the languages of the northwest was convened within the framework of the 9th International Contrastive Linguistics Conference (ICLC9), hoping that someone would dare send their abstracts. Receiving five exceptionally good proposals, it was clear that the gamble had paid off. However, the devastating circumstance of the Covid-19 pandemic forced us to postpone the event to the following year. In the end, ICLC9 was held online and the workshop was held under the title of Aspectos Filológicos y Sociolingüísticos del Noroeste Ibérico (now known as SIALNI1).

As the event was successful, the contributions were collected in a book, which would also include contributions from invited authors, including both renowned experts and younger researchers. On April 22, 2022, the volume El Mapa Lingüístico del Noroccidente Ibérico: Contacto, Variación y Cambio (LSSPL03) was released under the seal of LINCOM Publishing. It was then decided to turn the workshop into a symposium with an annual frequency, adopting the name of Simposios Internacionales Aspectos Lingüísticos del Noroeste Ibérico  (SIALNI). The second edition of the event will be held at the University of Oviedo on November 18, 2022 (SIALNI2), and the third edition of SIALNI is already work in progress (SIALNI3, the website of the event will be made available after the celebration of SIALNI2).

In the summer of 2021, I got in touch with colleagues from the Spanish of California Lab (SOCALab) and Asturian Studies research group (SAnTINA) at the University of California at Riverside (UCR). and proposed to them a collaboration in the form of joint seminars. The purpose of the initiative is to bring together specialists and enthusiasts on both sides of the Atlantic interested in the sociolinguistic situation of the Iberian northwest. On January 20, 2022, the first seminar was held online, with myself giving a speech entitled ¿Gallego lengua impuesta? Narrativas sobre el bilingüismo en Galicia (download). On July 29 of the same year, Miriam Villazón Valbuena from SOCALab gave a talk entitled ‘Fame?’ ‘Si’: Paisaje lingüístico en la publicidad asturiana.